Rokuyuuki High School (六勇気高校, Rokuyūki Kōkō?) lit. Six Courages High School) or RAYE Campus (レイ学園 Raye Gakuen), is a famous and well-known hero boarding school located in West Miraien, where students learn and trains to be a Pro Hero. It is a school that has the top academics in subjects of quirks, heroes, and more. The School is designed similarly to a medieval, magic-like castle. Their rival school is Ethereal High School. It was established in 1981.

It is one of the primary locations in which the plot (Miracle Guardians: Dimensions and Depths) takes place.

The school Mission Statement is to let the students have an expensive and top quality education while having a caring environment for many aspiring students when entering the students, either for the veterans or the new students.

- Crimson: Determined and passionate people that embraces two types of courage: Physical Courage and Moral Courage. Crimsons know that a heart with passion is their drive to success to being a Miracle Guardian, even though some measures has to be taken and Crimsons get troubles at times. Crimsons sometimes displays their attitude as most shounen main protagonists. Crimsons can be a bit of an arrogant, headstrong, and stubborn people, that don't even care with people warning them to be careful of their decisions.

Sometimes, Crimsons can be a bit clumsy and naive, but they never realize being naive, and if they know they are naive, they snapped it back really quick. Crimsons is a person who never become an audience if someone is bullied or threatened. Crimsons usually stands up to bullies, even means getting beaten up or being called to the detention. Crimsons can be a bully, with their arrogant nature, but mostly, they never realize their mistakes, as mostly, they always learns the hard way.

- Navy: Intelligent and wise people that embraces one type of courage: Intellectual Courage. Navies are ones that can calm down Crimsons and Citrines. The typical blue ranger of shojo anime and super sentai, Navies usually works their position as a student council, the nerd and student rep (or student vice rep). They are the calm waters that can soothe the rocky roads, and the one that can solve the unsolved situations of one's dark past. Navies are observant and the "straight A" students. The flip side of the coin is that Navies are not playing when it comes to competitions.

Navies believes, if their goal did not work, they would be working until their body can't take it, even if it means burning themself out. Navies are not ones who are keen to be short tempered person, but if provoked, they will still keep controlling their anger while lashing out on people that was bothering them. Navies eventually become a meme in the school due to their cope with annoying people. Navies are hard working people that will work hard for people to recognize their blood, sweat, and tears.

- Viridian: Mysterious and genuine people that embraces two types of courages: Spiritual Courage. Viridians are the ones who never gives and f to situations, much to the three houses's dismay. Viridians still believe their goals means a lot to them, but sometimes, Viridians takes a backward step to relax after an exhausting chase for their goal. Viridians are an introvert, along with Navies, as they make great friends despite their differences. Viridians has a stern personality that sometimes their genuine truths can hurt people while he said the controversial subject. Viridians believes that people have to get hurt by the truth rather than getting exposed by a lie.

Viridians has viewed as an edgy and emo people by many houses, but they are just normal people. Viridians seems like they don't care about their surroundings, but they always analyze and watches every single move people do and they are claimed "lie-detectors". Viridians are ignorant when it comes to consenquences, and they are not the type of getting fooled and manipulated by people. Even though Viridians are ignorant and smug, they are mature alongside Navy, but their approach of the situation is more of the dark, unlikely good truth than Navy. This is why Citrines often gets very sensitive when it comes to Viridians due to their being a painful realist. 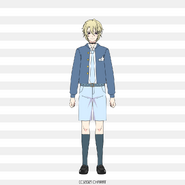 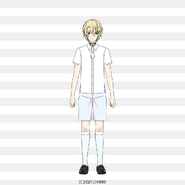 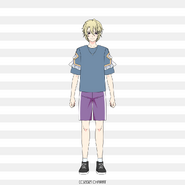 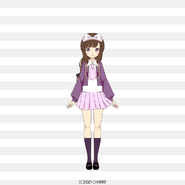 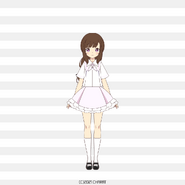 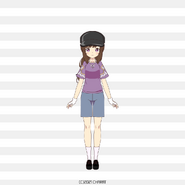 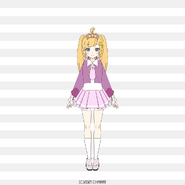 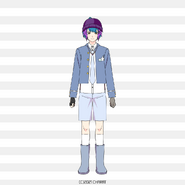 Veterans, is an "unofficial" term of students/staffs that has been in the school for a long time, more than 5 years or even old as the school debut.

Soccerfield
Add a photo to this gallery

Retrieved from "https://my-hero-academia-fanon.fandom.com/wiki/Rokuyūki_High_School?oldid=104751"
Community content is available under CC-BY-SA unless otherwise noted.